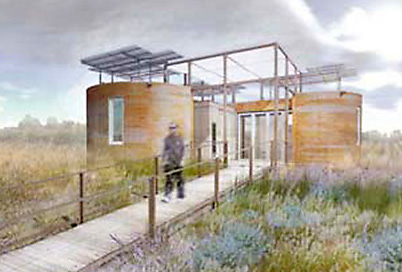 The Solar Decathlon is a sporting event for eco-friendly students, and BAPI is helping the Cornell University team with our wireless sensors. BAPI sensors were specified on this project because Cornell University has standardized on BAPI for new construction and energy retrofits at their facilities due to the superior performance of our products.

We were originally approached by the Cornell engineering students to review their HVAC engineering plan for their solar house. After speaking with the Cornell students, they decided to go with BAPI’s wireless line because they would not have to install conduit or pull wires.

Teams in the solar competition receive 100 points for maintaining temperature ranges of 72°F – 76°F and relative humidity ranges of 40% – 55%, both of which can be accomplished with the BAPI wireless sensors.

BAPI volunteered to donate the sensors to the Cornell team to help in their effort.